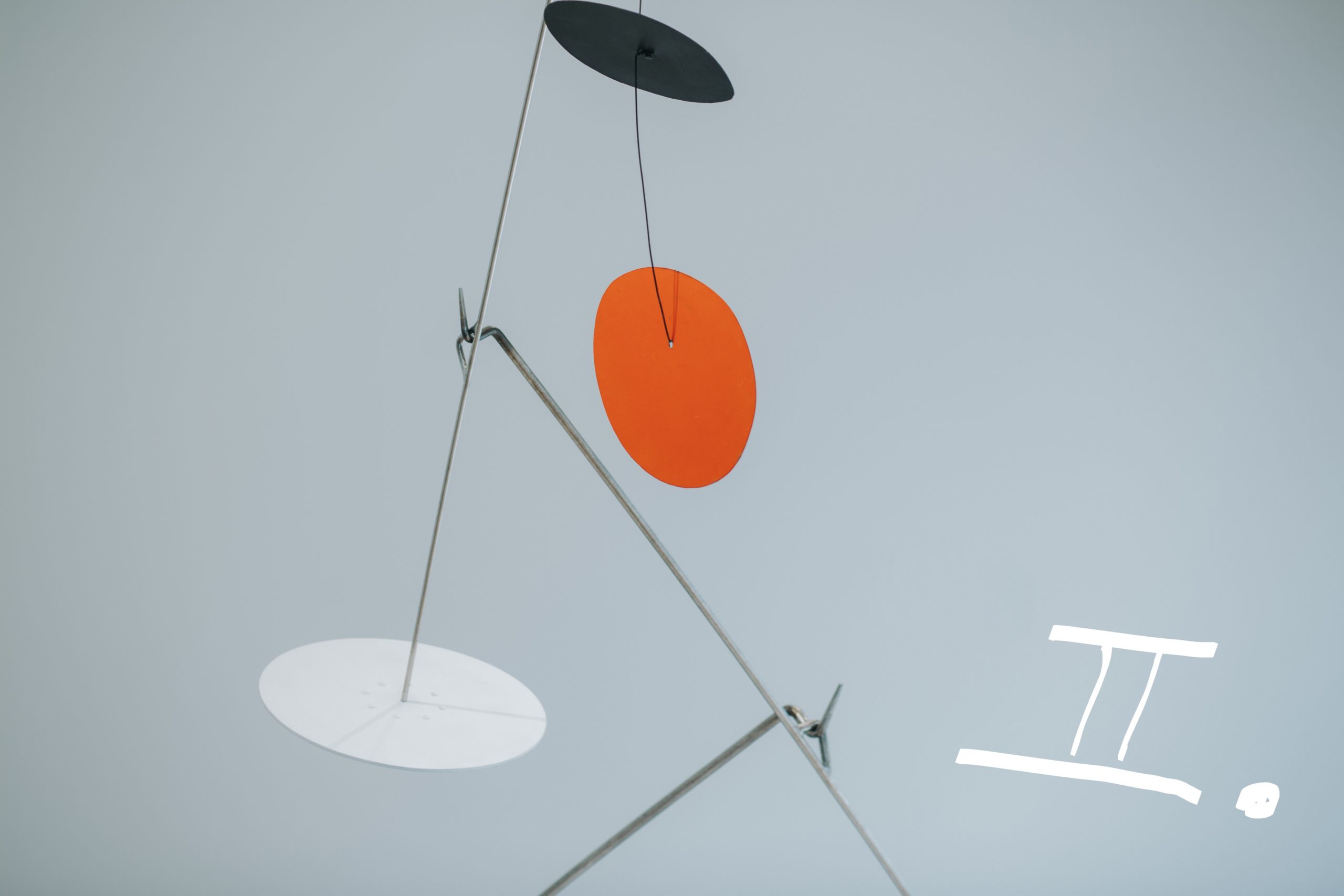 What interdisciplinary insights are we drawing on?

In Part 1, we have explained the motive of the denomination of the department. In this post, we explain the interdisciplinary insights that we are drawing on.

To conceive of legal history as a history of historical regimes of normativity situates the discipline in a transdisciplinary context in a twofold manner.

First, we are attempting to make the results of legal historical research – in other words, the form of reflection on law – available to and compatible with the social sciences. Only in this way can they be woven into a coherent network of concepts, capable of becoming building blocks of theory. Conducting research in such an interdisciplinary manner is, not least, an urgent task for basic research in the legal sciences, particularly with the challenges posed on the legal system through digitalisation and globalisation (Wissenschaftsrat 2012). It is also an unavoidable task if the results of legal historical research are to be recognised and useful outside the narrower field.

Second, we strive to refine our own legal historical methods by drawing on theories from the social sciences and the humanities. We take an eclectic approach, testing different perspectives and keeping those that are helpful. In this sense, the concept of historical regimes of normativity was refined by considering the work of the past years, detailed above, especially drawing on the (1) regime concept of the political sciences, (2) historical institutionalism, and (3) systems theory. These theories, despite their differing objectives, provide valuable insights.

The decision in favour of these theories should not be seen as a decision against other theories: different variants of critical theory, Bourdieu’s field theory, or historical praxeology have also been made fruitful in legal historical research at the Max Planck Institute in different research contexts and are likely to continue to form important points of reference in the future.

The concept of regime in political science (International Relations)

The starting point for any discussion about regimes is the definition provided by Stephen Krasner in International Relations scholarship: ‘Regimes can be defined as sets of implicit or explicit principles, norms, rules, and decision-making procedures around which actor’s expectations converge in a given area of international relations’ (Krasner 1982, 186).

It is important nevertheless to point out certain premises that underlie this notion, which are problematic for a legal historical perspective. On the one hand, the political science notion of international regimes presupposes anarchy as the starting point of international relations. Only regimes bring order to this anarchy. A legal historical perspective cannot simply accept this perspective – even if one departs from the international context. Normative regimes do not arise from an anarchic situation but rather build from societies that have already and always been organised by rules (even if these did not form a regime but could occur in less stringent forms). Even more recent fields of action can be seen as the specialisation of other regimes. Such is, for example, the case of the Diversity Regime, developed during colonialism, through which a social order based on the principle of inequality was structured and stabilized. As such, previous and already available normative knowledge acts as the starting point for the production of new normative knowledge and its stabilisation.

On the other hand, the political science perspective builds from restricting the understanding of regime actors to states and (modern) functionally differentiated non-state organizations. This is problematic if one looks back, for example, to the European middle ages or the early modern period. Not only is it difficult to speak in these cases of ‘state’ or ‘statehood’ but it is also difficult to justify drawing on modern organizational conceptions. Individuals are incorporated in loose networks and collectives organized around segmentary and stratified forms of integration that result not from functional imperatives but through membership, kinship, religious solidarity, and so on. Finally, it is advisable to take a certain distance from the focus on institutional perspectives that is still common in the political sciences. In legal history, in contrast, aspects centred on actors and discourses are of special importance. This is highlighted in our way of defining normativity regimes – in contrast to Krasner’s definition – insofar as practices and conditions for action are taken into account as part of its components.

It is also important to mention that the regime theory in the political sciences has developed important research approaches that may also inspire legal historical research – above all when it comes to the transformation of regimes.

Historical institutionalism and the transformation of regimes

Of great interest to legal history, however, is how historical institutionalism deals with institutional transformation (Conran/Thelen 2016). The concepts of critical junctures and path dependency operationalise the temporal categories developed with regard to institutions. They have already proven to be fruitful for legal historical research and still harbour tremendous potential. The concept of critical junctures, for example, denotes sudden and radical changes that are usually provoked by external factors. And not just fundamental structural changes are made possible. As a consequence of these critical junctures, new path dependencies arise and exclude other options (at least until the next big rupture occurs). For research focused on historical regimes of normativity, it may be worthwhile to look more closely at such critical junctures, to not only direct our attention to the individual rules or norms but also to the change of the overall structure. From the perspective of historical institutionalism, gradual shifts occur endogenously via adjustments of the regime’s internal components. Research about the transformation of principles, norms and rules of normative regimes can profit from these reflections.

Systems theory and the concept of regime

Systems theory has also provided important insights into the evolution of functional systems and thus to the transformation of law. A conception of regime, however, cannot be derived from systems theory; regime does not belong to its main categories.

On the other hand, it is possible to draw important insights from the understanding of the functional operation of regimes. It is well known that systems theory assumes that functional differentiation as the organising difference (Leitdifferenz) started to dominate at the beginning of the 19th century, which increasingly displaced stratification and segmentary differentiation (Luhmann 1977). Systems theory understands societal functional systems to take on partial tasks of a society. These partial systems include, for example, politics, law, science, religion and the economy, and they exhibit an internal autonomy (Luhmann 1984).

None of these partial systems can be equated with normative regimes. One reason for this is that they do not create normativity in and of themselves. Partial systems reproduce themselves as a system of communication not based on norms but on codes – in other words, modes of communication that only determine the communicative ‘how’ of the internal operations. Separate from the codes are the programmes that exhibit a normative character, and they specify and concretise the requirements according to which the partial system is supposed to operate (Luhmann 1986). Whereas the code lies in the genes, as it were, of the partial system, one could say that this concretisation is carried out through other subsystems ‘below’ the level of the partial system. At the same time, these subsystems are what react to the rationality of partial systems, thus in a sense connecting them (Türk 1995, 183 ff). This requires, however, the development of programmes. One could look at this level of the system and describe its normative contours from the perspective of the ‘regime of normativity’.

The system-theoretical finding that systems operate on the basis of operative closure is of utmost importance for the study of regimes of normativity. This should, however, not be adopted as a dogma. If one were to pursue the idea that normative regimes also construct internal logics (that react only to a limited extent to external direction) and that external ‘irritations’ only lead to change when they can be processed by the internal rationality of the regime, it is perhaps possible to better understand the transformation of regimes. Based as it is on the premise of functional differentiation, however, this perspective has only a limited application in historical research. The Middle Ages and the early modern period were characterised by the primacy of stratified (and also still segmentary) differentiation. This does not mean that systems theory denies the existence of any autonomous partial systems (or at least of approaches to it) (Luhmann 1977, 40). It would, however, require great effort to justify studying normativity regimes using the above mentioned perspectives.

Interestingly, the concept of regime has been the subject of intense discussion in the legal-sociological theory of world society (Weltgesellschaft), which addresses the increasing importance of private forms of norm-making and enforcement (Fischer-Lescano/Teubner 2006). In order to grasp these forms adequately, the idea of regime must move further away from the idea of being a process centred on the state or on politics and reoriented to understand spontaneous production of norms in various social spheres. This understanding of regime overcomes the ascription to autonomous functional systems and is closely related to our proposed concept of regime, understood as the entanglement of diverse institutional structures that can be (from the perspective of a systems theory informed by western modernity) located in different functional systems. The further development of systems theory to encompass transnational or global law, as it has been undertaken in sociological and legal-theoretical systems theory over the past few years, has a post-national world in mind. In many ways, this world resembles to some extent that which occupies global legal history, for which the idea of Western modernity is not the guiding category but is rather a (historically speaking, relatively short yet extremely successful) form of social organisation.

To be continued in Part 3 … coming soon!