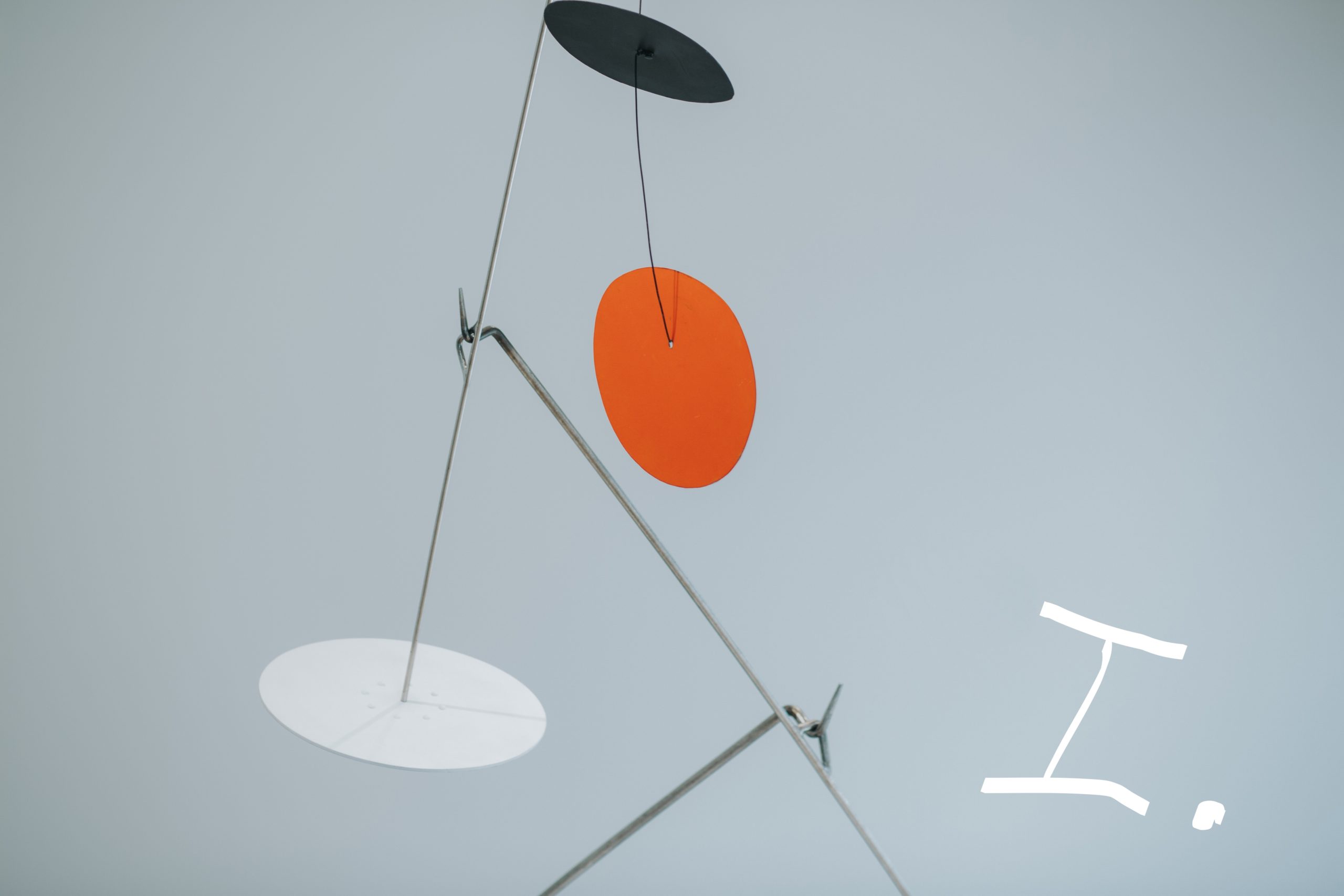 Why “Historical Regimes of Normativity”?

In the course of the formation of a third Department at the Max Planck Institute for European Legal History and the renaming of the Institute as the ‘Max Planck Institute for Legal History and Legal Theory’ in 2020, the departments have adopted new names. Department II, under the direction of Thomas Duve, is now called ‘Historical Regimes of Normativity’. In this text, developed by the ‘Regime Theory’ working group, we discuss some reasons for this designation as well as the definition and status of the concept. The text is an invitation for further discussion and the starting point for more detailed reflections on the concept and conceptualisation of the legal historical projects within the framework of this department. For this reason, we have limited ourselves to just a few examples and opted for a straightforward, at times much simplified, exposition of the relevant debates. The members of the working group and co-authors of this contribution are Manuel Bastias Saavedra, Gerd Bender, Peter Collin, Thomas Duve, Christian Pogies, Luca von Bogdandy, Johanna Wolf and Alexandra Woods.

As an academic discipline, legal history is a product of the nation-state. Even if there had been a prior preoccupation with the history of law – as exemplified by Hermann Conring, the Reichspublizistik or humanist jurisprudence – it was the historical school of the 19th century that shaped the sources, research objects and central questions of legal historical research well into the 20th century. With its focus on learned law (Juristenrecht), it produced a research programme which was still followed by the Max Planck Institute for European Legal History at the time of its founding in 1964. The intellectual basis on which these histories of learned law were written were the legal monuments of the nation-state: the codifications of law. Legal history was therefore primarily a history of private law.

At least since the 1980s, this tradition was increasingly supplemented by different themes and perspectives, and the focus moved, broadly speaking, towards institutional legal practice. The history of the judiciary, the history of public and criminal law, the history of legislation and research on the implementation and application of norms were conducted in large-scale projects alongside the classical legal history oriented on the private law doctrine. The methodologies of legal history were also expanded through closer dialogue with social and cultural history. Further research on crime and criminal law practice, on Policey, on the law of the industrial revolution, on constitutional history or on the history of international law have shown, in a fascinating manner, that legal history can analyse different constellations of order that cannot be grasped by their legal rationality alone. This also revealed the theoretical needs – or theoretical deficits – of legal historical research.

The transnationalisation of law, the internationalisation of legal scholarship, the lively debates – especially outside the German-speaking world – about methods of a postcolonial legal history and many other factors have shown how much the intellectual departure of the 1980s and ‘90s was still influenced by the academic practices, analytical traditions and themes of the nation-state. The nation-state, representations of statehood created in its image and the law, with its clear distinction between ‘law’ and ‘non-law’, bound to it, as well as other images tied to Western modernity formed the basic coordinates of the epistemic model of legal-historical research (Duve 2018).

This model led to important research and expanded the knowledge of legal history in considerable ways, yet it is increasingly coming up against its limits. Not least because it does not capture essential aspects of European legal history, such as the normative orders of so-called pre-modernity or the complex interaction between law, religion and morality so characteristic of European legal history. Moreover, being restricted to a notion of ‘law’ as a specific product of normative production, this model can only describe these processes through their contingent results. It lags behind the more differentiated approaches achieved by cultural-historical or praxeological research on the production (Fabrikation) of law. Further, if the pursuit of a European legal history in a global perspective is to be successful, the methodological nationalism, the focus on modernisation and Eurocentrism inherent to this epistemic model become insurmountable obstacles to achieving this goal (Duve 2020).

In view of these theoretical and methodological needs, it is fortunate that since the 1990s and early 2000s the social sciences and the humanities, and occasionally in historical and legal scholarship, particularly in as well as legal theory, have focused more starkly on processes of cultural reproduction in space and time and, in doing so, in law. Again, there were questions about the historical transformation of law and society, and it was possible to observe the construction of normative orders. The analysis of legal history as the history of a functional system in the sense proposed by systems theory, designed as an alternative to the grand narratives of classic sociological analysis, has provided important approaches for legal historical analysis. The governance perspective developed in the political and legal sciences has also provided an important conceptual framework already proven to be enormously useful as a heuristic tool for legal historical observations (Esders/Schuppert 2015). More recent applications of systems theory to law, historical institutionalism, or the focus on the globalisation of norms as phenomenon of mediated communications show why it is possible to speak of an emerging transdisciplinary field of normative research (Bender 2018; Collin 2016; Härter et al 2019).

The former Max Planck Institute for European Legal History – since 2021 called Max Planck Institute for Legal History and Legal Theory – has tried to create a bridge between these disciplines and legal history, particularly with its research into regulated self-regulation, work regimes or conflict regulation, transnational regimes of criminal law, multinormativity, a knowledge history of law, and the methods of global legal history as well as in the context of its cooperation with the Excellence Cluster ‘Normative Orders’. One of the aims was to refine a set of differentiated methods for legal historical research and, at the same time, bring the results of legal historical research into a transdisciplinary dialogue.

By conducting research in the Department under the label ‘Historical Regimes of Normativity’ we tie into this theory-sensitive and broader field of normative research in order to benefit from its analytical potential and to compensate the deficits mentioned above. ‘Historical Regimes of Normativity’ is thus a form of observation to overcome the basic model of legal history centred on the nation-state (hence, normativity regimes) and understands norms as part and product of historically consolidated structures (therefore, normativity regimes).

The focus is thus placed on institutional structures that cannot be reduced to a functional system, eg ‘law’ or ‘religion’, but rather – to use the diction of systems theory – are located in different functional systems. The observation of regimes can not only neutralise the code of Western modernity, characteristic of early systems theory, but also continue to denationalise (entstaatlichen) the governance perspective, which continues to be shaped by the modern notion of statehood, especially in its insistence on emancipatory ideals. When we reconstruct, for example, Dependency Regimes, we look at social, religious, economic, cultural, legal and many other norms, practices and institutions that through their interaction, depending on their historical context, produced different forms of dependency, and embed the juridical normativity (such as legal decisions on slavery) as one component of this complex and dynamic ensemble. Specifically, this means asking about the kinds of contexts and procedures through which the different categories designating dependency relations arose, whether they led to legal concepts (or not), in what kinds of cultures of validity and economic systems they were used, to which groups of people they referred, and how they were defined (Dias Paes 2020). Looking at regimes is also a way to overcome the often repeated but ultimately unhelpful distinction between ‘theory’ and ‘praxis’ and focuses attention on the importance of normative knowledge for both dimensions of action.

We speak of a ‘form of observation’, because the term ‘Historical Regimes of Normativity’ intends to be a perspective for analysing and describing complex historical phenomena. This is not proposed as a new grand theory but rather as a heuristic instrument. In summary, ‘Historical Regimes of Normativity’ can be defined as observations of more or less stabilised historical arrangements of discourses, practices, rules, norms and principles and their contingent conditions that are relevant to the construction, mediation and enforcement of generalisable expectations in relation to a particular field of action.

To be continued in Part 2 …. coming soon!